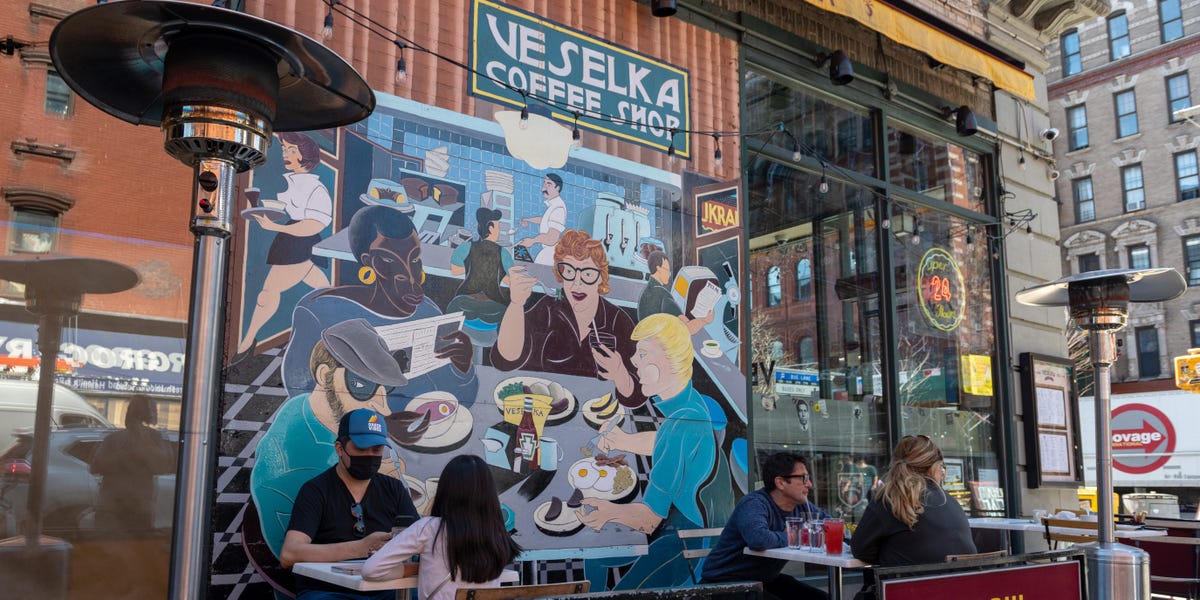 Ukrainian restaurant staff plan to leave US to fight in Ukraine

The owner of a Ukrainian restaurant in New York said some of his employees were considering leaving the United States to fight for their country.

Of Veselka’s restaurant’s 80 employees, up to 40 are Ukrainian or of Eastern European descent, owner Jason Birchard told Insider in an interview.

On the day Russian President Vladimir Putin ordered his troops to invade Ukraine, Ukrainian President Volodymyr Zelensky prevented male citizens between the ages of 18 and 60 from leaving the country under an order of military mobilization.

Even Veselka’s young staff were ready to go to the country and fight against Russia, Birchard said.

“I have a busboy who’s 17 and he’s planning on leaving. He’s half Ukrainian-American,” Birchard said. He added that he was trying to support the wants and needs of his staff during this time. “It’s terrible, a real tragedy.”

Birchard, who has Ukrainian heritage, said he even considered going to Ukraine to join the war.

“It has crossed my mind, but I have a family here, I have a business to run. I will do my best from a distance and gather support, money and help,” did he declare.

With “overwhelming” customer support and long queues outside Veselka over the past two weeks, Birchard said he had tried to hire more workers as he worked overtime – sometimes double shifts – to meet demand.

Sales have soared 50% to 75% and tens of thousands more customers have visited Veselka since the start of the war in Ukraine, he said.

More people are eating out, ordering food for their offices and meeting at home, Birchard said. “I just wish it was under different circumstances,” he added.