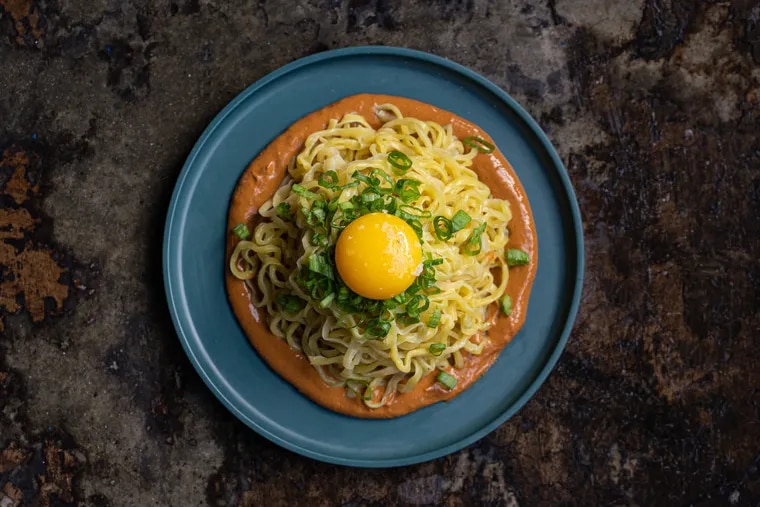 Starting tonight, Philadelphia fans of Tired Hands will be able to sample for the first time at the brewery’s first upcoming Philadelphia restaurant, St. Oner’s.

Tired Hands has partnered with Primal Supply Meats to deliver a series of pop-ups at the Brewerytown butcher’s location (1521 N. 31st St.) starting October 11 at 5 p.m. From Friday to November 1, events will preview take a look at St. Oner’s menu, which focuses on ‘Chinese-inspired Stoney Baloney’ food, as stated by Jean Broillet IV of Tired Hands. to the Inquirer earlier this year.

And yes, there will be Tired Hands beer to take away. Supplies from Primal Supply, which supplies meat to Tired Hands’ two Ardmore locations, will also be available.

If you are booked on Fridays of the month, fear not. Tired Hands will also have a St. Oner pop-up at The lunar inn (3124 Richmond St.) in Port Richmond on Oct. 16 from 6 p.m. to 10 p.m., as the company announced via Instagram.

Tired Hands initially announced that St. Oner’s would be coming to Fishtown in February, claiming it would take over the former Tierce home at 2218 Frankford Ave. The restaurant is located across the street from the Brewery’s High Harvest Biergarten (2213 Frankford Ave.), which currently offers small, prepackaged snacks, but not full food service. Opening a restaurant nearby, the folks at Tired Hands said, was an “intuitive choice.”

â€œIt’s a symbiotic thing,â€ Tired Hands co-founder Julie Foster told the Inquirer of St. Oner’s. â€œBeer will be available at the restaurant and the beer garden is a great outdoor opportunity for people who come.â€

While the exact menu items were not revealed, Broillet told the Inquirer to expect items like “mapo tofu hot dogs” and other “distant” dishes. The opening date for St. Oner’s has yet to be announced.