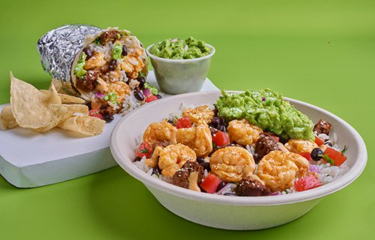 Many American restaurateurs choose shrimp at the start of their summer menus, thanks to its stable price and availability compared to other seafood species.

Shrimp sales to the U.S. restaurant industry rebounded in 2021 after a significant drop in 2020 caused by the COVID-19 pandemic. About 275 million pounds of shrimp were sold to restaurant chains in 2021, up 50 million pounds from 2020, according to shared data at the National Fisheries Institute Global Seafood Market Conference in January 2022.

And that trend continues, with U.S. shrimp imports year-over-year up every month from 2022 so far.

“Nearly a third of those offering shrimp plan to increase the number of dishes that contain it, putting it on a par with salmon, both being the main varieties of seafood operators intending to offer more,” research firm Datassential noted in its main meat, poultry and seafood report published earlier this year.

“During our successful market test, we learned that our customers want a lighter protein alternative that they can feel good about eating,” Karin Silk, chief marketing officer of Qdoba, said in a press release.

Citrus Lime Shrimp are tossed in a tangy lime sauce and sautéed on the spot. Customers can add the new shrimp to any main dish or “enjoy our Surf & Turf or Burrito Bowl which includes Citrus Lime Shrimp and Grilled Adobo Steak,” Silk said.

Captain D’s, based in Nashville, Tennessee, USA, also highlights shrimp in its summer promotion. On June 27, he released Spicy Batter Dipped Fish which can be paired with shrimp in his Spicy Fish and Butterfly Shrimp Meal.

“Mango Shrimp Street Tacos in assorted flavors are the perfect menu item for those with an adventurous palate looking for a bold, elevated experience at an incredible price,” Taco John’s said in a press release.

The resumption of shrimp supply comes at a complicated time for the U.S. restaurant industry, which is facing rising inflation that is impacting costs and customer behavior, but hasn’t deterred the industry to record higher sales despite a recent drop in traffic.

After rising 5.3% in April 2022, overall restaurant sales in the United States jumped 4.9% in May, although traffic fell 2.9% in the month, according to Black Box. Intelligence.

“Best sales continue to come from increased average spend per customer or per transaction, while restaurant traffic has been negative for the past 12 weeks,” the data company said in a blog post.

“The one exception is quick service, which is still seeing the occasional few weeks of negative year-over-year restaurant growth,” Black Box reported.

Its fine-dining restaurants, which include The Capital Grille and Eddie V’s, achieved their biggest sales increase in the quarter at nearly 63%, while “other businesses” sales rose 42.4%, sales of LongHorn Steakhouse jumped 28 percent and Olive Garden’s sales increased 24 percent.

“We had a strong quarter despite high inflation, and fiscal 2022 was a strong year,” Darden Chairman and CEO Rick Cardenas said in a press release. “As we enter our new fiscal year, our focus remains on driving profitable sales, investing in customer experience and simplifying operations.”

Restaurant sales positive in May despite slower growth

How a Personalized Loyalty Program Can Increase Restaurant Sales |