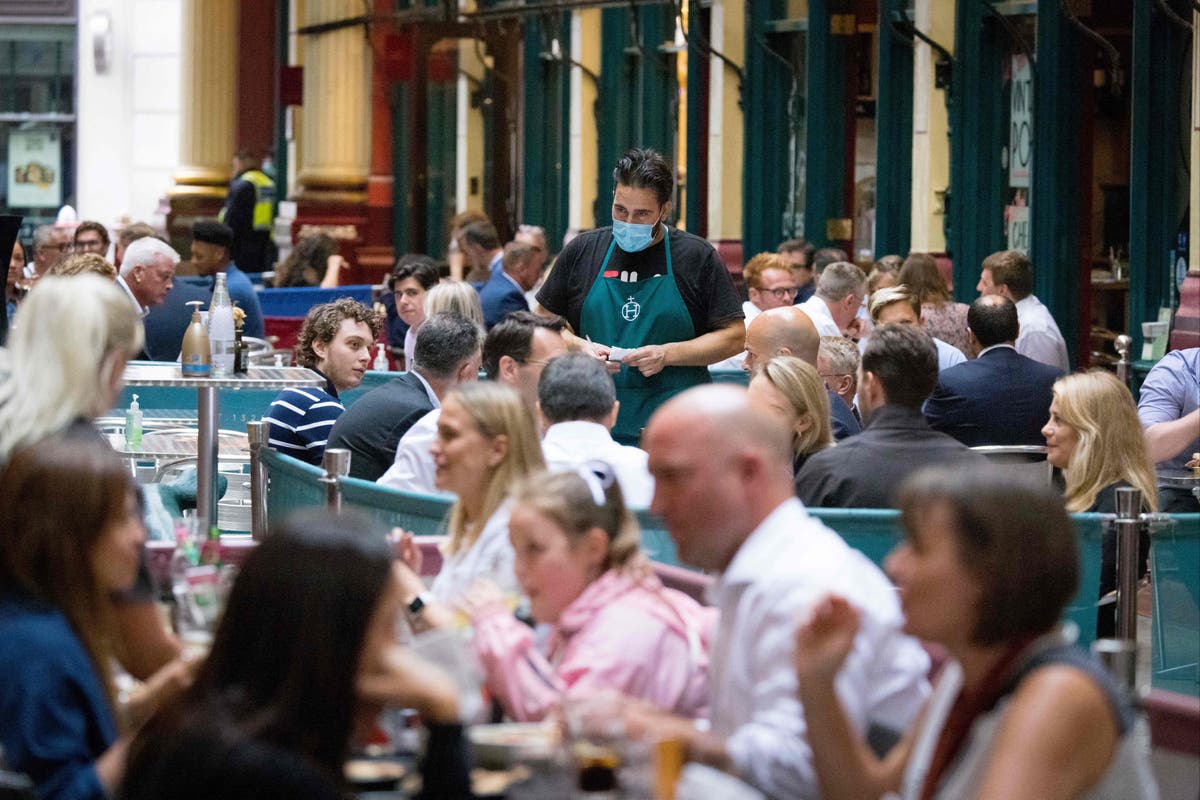 Currently, the law prohibits restaurants from keeping tips in cash, but when a tip is given by card, it is at the discretion of the restaurant how and where that money is spent.

Kwarteng’s new bill seeks to change that, meaning 1.7 million hospitality workers will receive the full service charge whether a guest gives it in cash or by card.

Speaking to The Standard, a government spokesperson said: ‘We are doing everything we can to support hospitality staff as the sector recovers.

“Workers should get the tips they deserve, and customers should feel confident that their money is rewarding staff for their hard work and good service. Further announcements on this key issue will be made shortly.

Currently, some restaurants don’t give individual servers 100% of the service charge, preferring to split it among the entire team, including the kitchen staff, bartenders, and butler. However, less scrupulous operators keep the charges for the restaurant or for themselves, leaving the staff out of pocket.

Asma Khan, the restaurateur behind the Darjeeling Express in Covent Garden, told The Standard she supports the bill: “For management to take a reduction on the service charge is misleading – if all the money doesn’t go to the staff, it should also say “management fees”. ‘ On the bill.

‘Hospitality doesn’t have a good track record of self-regulation – it’s unfortunate that it needed legislation to ensure staff get all their tips.’

Adam Handling, who owns four restaurants across the country, said: “I don’t think any owner or manager should have anything to do with tipping staff. I think they should go entirely to staff and should be managed either by an outside body or by a supervisor to do so, and I also think it should be a 50/50 split – I don’t think everything should move forward from home because it’s a team, a collective.

“I can categorically say that since the day we opened our restaurant group, I have never seen or handled a single tip. When it comes to card advice, we actually allow [staff] to withdraw the money from the cash register so that they can use it there [and then].”

However, Handling issued a caveat for the proposed system, noting that: “When you talk about tips and service charges, they are very different.

“Tips are what someone gives an employee for doing something on top of their job, making someone really happy.

The Standard has contacted Kwarteng for clarification on what the new law will control, and whether restaurants will have to split some of the service charge or if it will all go to the individual staff tending a table. In the latter case, it can be difficult to understand how tips are supposed to be divided when one or more servers have served a table.

Jon Spiteri, partner of the new Farringdon opening Sessions Arts Club, said tipping at his restaurant was handled by a separate company, with Sessions taking “a tiny amount for administration”.

He added: “It’s a good idea because the industry has to change if it wants to survive and our most valuable assets are our people. Anything that benefits them without destroying the hospitality industry has to be a good thing.

Swiggy and Zomato will pay GST on restaurant services provided through them: FM