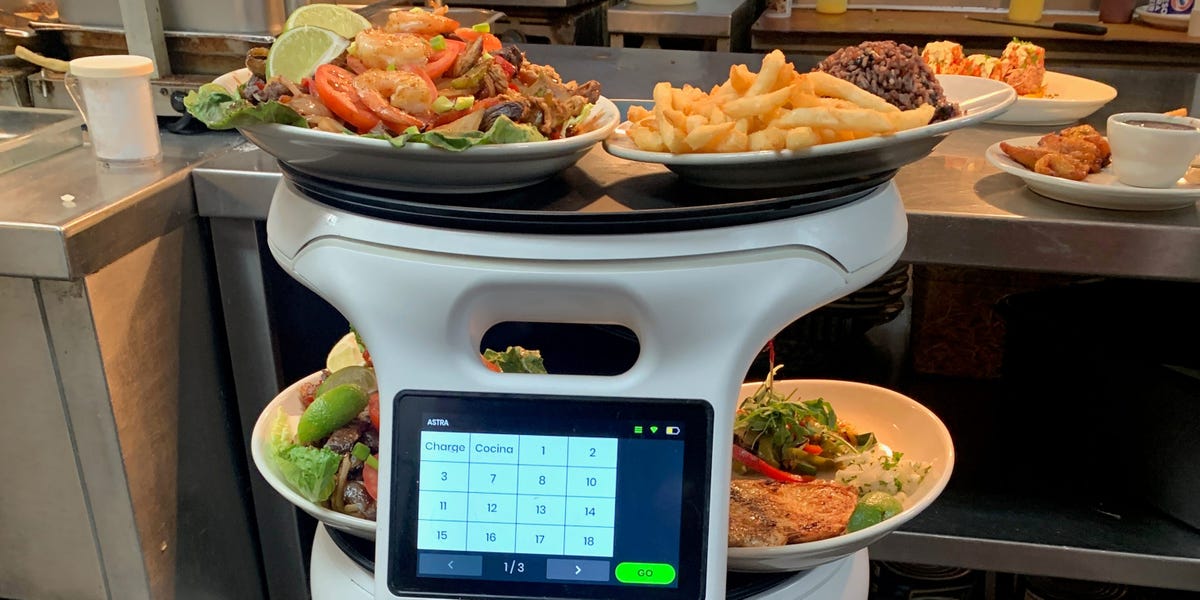 A chain of restaurants in Florida says staff received more tips after they started paying a robot $ 1,000 a month to haul plates, The New York Times reported on Tuesday.

Carlos Gazitua, owner and CEO of restaurant chain Sergio, told The Times he added Softbank’s Servi robot to one of his restaurants in July when he struggled to find workers.

The robot transports food from the kitchen to the dining room, where the waiters collect the plates and deliver them to customers’ tables. Staff can talk to customers more and serve more tables, Gazitua told The Times, which has led customers to tip more.

“During the first two hours, the waiters were blown away!” he told The Times.

Restaurant Sergio’s now has a robot for each of its six restaurants, Gazitua told Insider.

Servi robots use 3D cameras and laser detection technology to navigate around tables and customers in the restaurant.

Gazitua wants the robots to become “personal assistants” to servers by carrying plates and bringing dirty dishes to the dishwasher area, he told Insider.

“This will create 25-30% more efficiency for our servers so that they can focus more on our customers and in return earn more money by taking more tables and / or creating a better hospitality experience. “he told Insider.

The robots cost around $ 1,000 a month, Gazitua told Insider.

Gazitua brought in the first Servi robot when the restaurant chain was at a point of “crisis” during the labor shortage, Gazitua told The Times. “We couldn’t find anyone.”

Businesses across the United States say they are struggling to hire staff, and some claim people no longer want to work. But hospitality workers say they are leaving the industry in search of better wages, benefits and working conditions.

A mixture of higher wages and a shortage of workers has led some restaurants in the United States to close their dining rooms or reduce their hours of operation.

Other restaurants have also turned to robots amid the labor shortage.

In September, a Latin American restaurant in Texas began renting three robots for $ 15 a day each to serve guests as the company searched for workers. The robots can greet customers, carry food to tables and sing along, the restaurant owner said.