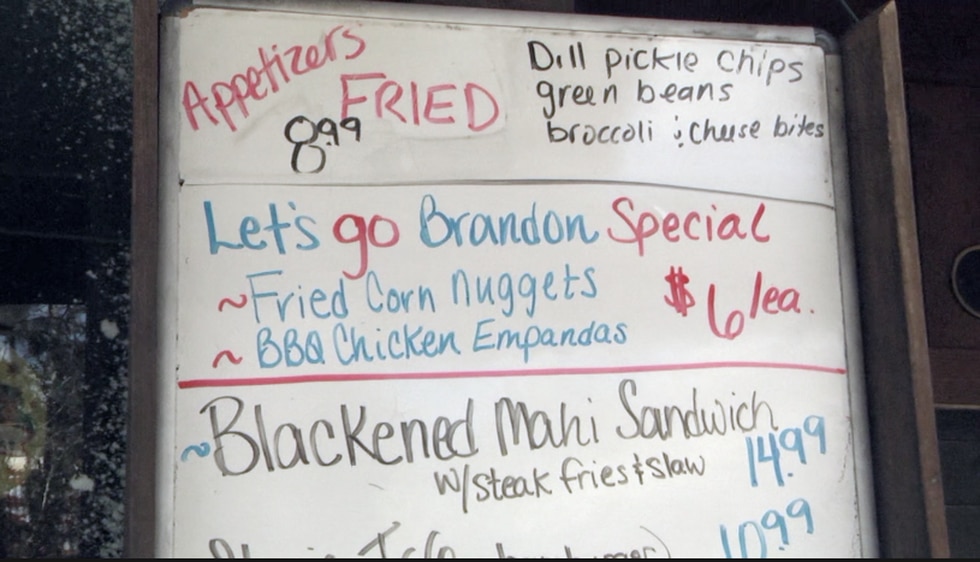 Political slogan appears on the menu of an Alachua restaurant

ALACHUA, Fla. (WCJB) – â€œLet’s Go Brandonâ€ is a political slogan that has become popular across the country and used as a code of profanity.

The slogan originated in October during a NASCAR race and has become widely used against President Joe Biden.

It is now chanted in presidential appearances and political rallies, and has been turned into signs and clothing.

A former customer says he disagrees with Conestogas using the tagline on their menu.

â€œWhen you start making political statements like this on your menu board, I have to draw the line somewhere and that’s where I drew it. I decided not to go there anymore, â€says JC Thomas.

Another guest says the name of the specialty actually attracted him to the restaurant.

“Just pure curiosity because there’s a bit of controversy with it. I think everyone just needs to clear up a bit and face it. That’s the First Amendment. If you will. don’t like it, don’t come here, â€said Craig Terry.

Conestogas co-owner Melissa Robertson says sales of the special have been high since she created it.

She pointed out that they have employees who support President Joe Biden and agree with the special. To say that as Americans, they have the right to free speech.

‘Why are we paying the price for Cathay’s mistake?’: Quarantined restaurant staff