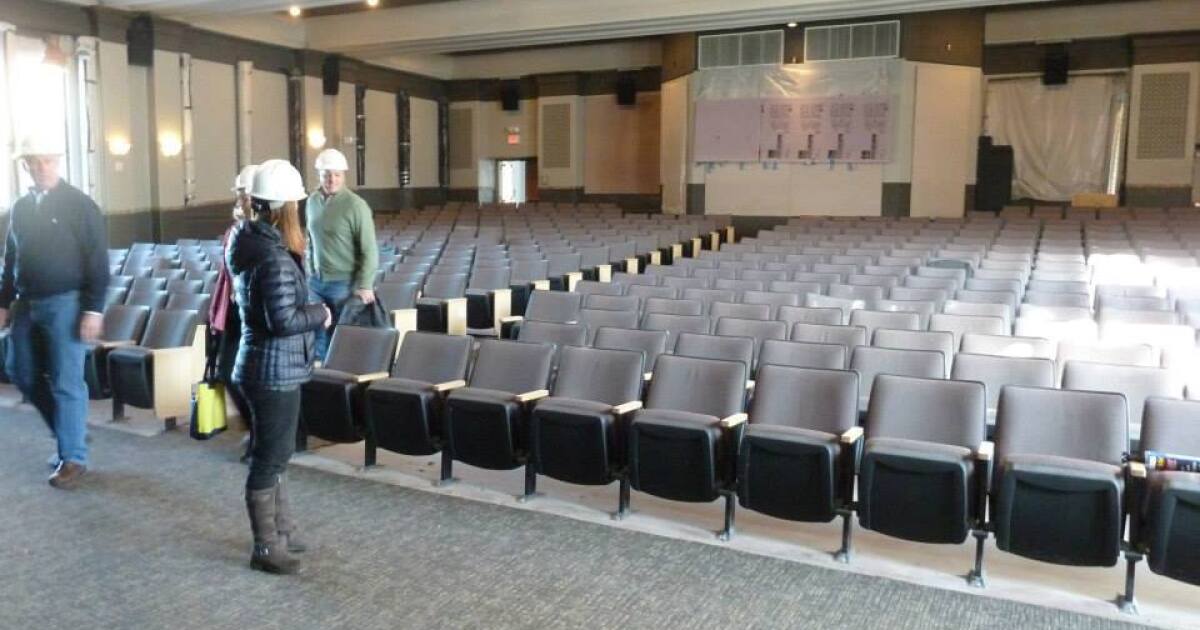 It’s an award that has been bestowed on several occasions by former Park City Film Series executive director Frank Normile.

“It was just a whole stuffed chicken – it was a big box, yes. But there was a whole chicken in there. Come on,” Riepen said. ?

Riepen is a longtime volunteer with Park City Film. One thing that wasn’t on its best list was the auditorium seats, which after 20 years of use began to sag and lose their cushioning. Still, Riepen said she would not return to the wooden seats that had been in place for decades prior.

“Well, it’s way better than the original version,” she said. “But I see there is a need for an update.”

And now an update seems to be in the works. Last week, Summit County Council awarded the Park City Film Council $100,000 to repair auditorium seating. Park City Film executive director Katharine Wang said she hopes the balance of the project’s $150,000 cost will come from the city, which is expected to pass a municipal budget this month.

Funding for Summit County came from the restaurant tax, a 1% tax on restaurant sales in the county. This year, the committee responsible for recommending funding levels indicated that there was approximately $3 million to distribute.

The committee evaluates applications with the goal of increasing tourism and, through this, increasing restaurant tax revenue.

The committee reported that three entities had not received funding. The Egyptian Theater did not receive any of the requested $200,000 after failing to submit financial documents on time. It’s the same reason the Park City Institute didn’t get its request for $100,000 for the rock professor’s shows.

The Park City Historical Society and Museum, which applied on behalf of Friends of Ski Mountain Mining History, did not receive the requested $400,000 to secure the Silver King mine head frame and perform other restoration work . The report says the Summit County Attorney’s Office determined the project was ineligible for funding.

As for the Santy seats, Wang said there wasn’t enough room to make them sleek or reclining without losing some of the 446-seat capacity. But she said the new seats will be staggered from row to row to improve sightlines.

Riepen has a specific request for the new decor.

“Make it colorful. Make it something people can walk into and say, ‘Wow, look at that,'” she said.

Park City Film is hosting a series of drive-in movies at Utah’s Olympic Park this summer, including a twilight screening of The Alpinist this Saturday.

How a Personalized Loyalty Program Can Increase Restaurant Sales |