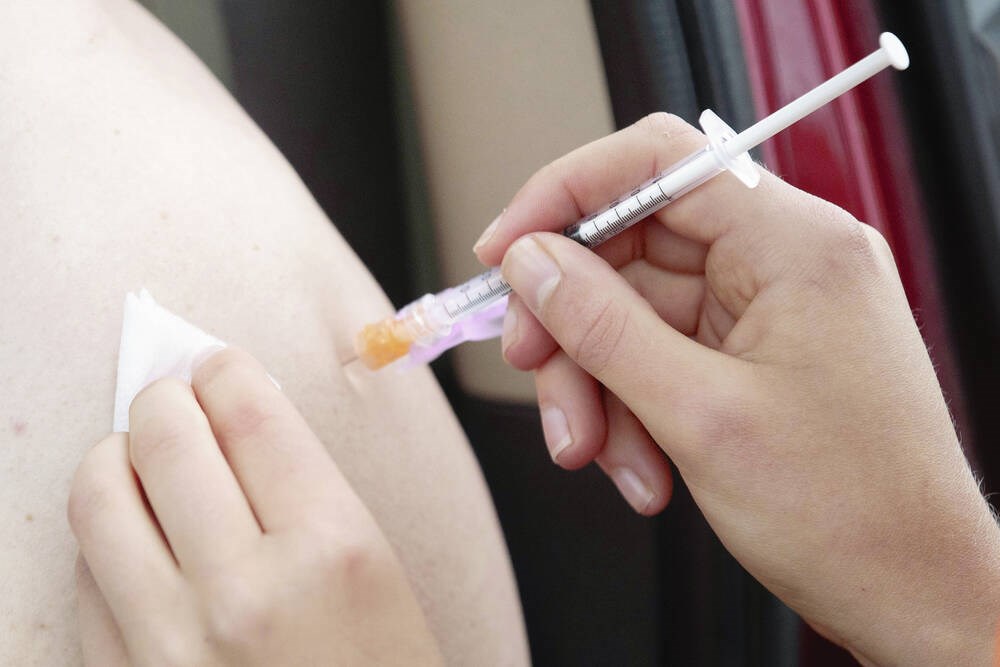 I am an elderly person who has been careful since the start of the pandemic; wear masks, avoid crowded spaces and, since vaccines are widely available, avoid people who have not been vaccinated.

I would love to be indoors at a restaurant with friends during this festive season. My friends have all been vaccinated and we have the cards to provide it.

However, if restaurant servers are not vaccinated, how can this be safe? If a restaurant has a fully vaccinated workforce (there must be!), Is it legal to advertise them on their social media?

If they don’t say it, do business elsewhere

Re: â€œWe have to show evidence, but we cannot ask for theirs,â€ letter of November 20.

In response to the author regarding possibly unvaccinated servers, the system is far from perfect, but I think it works.

Anyone who wants to dine out should be vaccinated. The fact that the server is not vaccinated is not the “lever”.

When this server wants to go to restaurants, to a sporting event and more, he will also have to show his vaccination status, this is the lever. I think it works 99% of the time.

When this is not the case, I suggest that you do not frequent this establishment. I have heard of many companies, restaurants or others implementing vaccines without a warrant, either through a democratic process or by management that requires it.

Unfortunately, I personally think that we need a lot more “levers” to get the balance of the population on board. I have been doubly vaccinated since the start of summer and have yet to become a sterile sheep-headed zombie.

I am immune to serious illness, however.

I have lived just off Shelbourne Street for the past year and a half. Every morning, as I cycle to class, I have to endure a dangerous and dangerous bike ride.

Construction at the north end of Shelbourne has been going on for as long as I live there, and the lack of cycle paths makes it unsafe. The district of Saanich should repair the northern end of Shelbourne and put in place a cycle path that allows cyclists to move around more quickly and safely.

Close to the University of Victoria, Gordon Head is mainly made up of students. A large number of students cycle to Shelbourne.

A bike path would help students get to campus more efficiently and significantly increase safety. Making biking in Shelbourne more accessible will also reduce traffic on the roads.

Without a cycle path on Shelbourne, there are times in the winter when biking is not an option due to the risk of not being seen. The next viable option is to take the bus or drive.

Driving to campus increases congestion, increases emissions, and fills parking spaces – all of which UVic lacks. A bike path would increase people’s willingness to take their bikes on campus.

Construction at the north end of Shelbourne is hurting bikers and seems to get worse as time goes on.

While improvements are likely needed, it is outrageous that there is no detour route for bikers. The road is dismantled with gravel and extruded manhole covers, making it almost impassable for bikers.

Barbados is a republic, but should we care?

Hooray. Barbados has become a republic.

Judging by the breathtaking uninterrupted coverage on CBC, this was a significant development except that it was preceded by India, Ireland, South Africa, Pakistan, the Sri Lanka, Ghana, Nigeria, Tanzania and the list goes on.

Twenty-one Commonwealth States became republics, just as Barbados is now. Since the former Governor General of Barbados assumed the title of President with the stroke of a pen, all that was really needed was a change of stationery.

Citing a good story, the CBC raised the issue of the monarchy in Canada, where the situation is completely different from that of the former slave society in Barbados, and where the mechanism for effecting change, if necessary, is complex and probably unmanageable.

But it hit the airwaves for a few days – and it wasn’t even a ‘news nits’ period. Was there a hidden agenda?

Stick to the facts about the bus proposal

Re: “Malahat’s solution will take more than buses,” commentary, December 1.

Stevenson argues that these buses would be stuck in the same traffic jams as cars, but he appears to be intentionally ignoring the fact that reliable and frequent bus service would likely reduce congestion on the freeway by encouraging people not to drive cars while on the road. first place.

Whether Stevenson’s proposal for an expensive rail corridor to supplement the existing highway is a good idea or not, he would help his case a lot by responding logically to counter-proposals, like Litman and Craighead’s bus idea, rather than to seek to reinforce their own opinions through an illogical misrepresentation of theirs.

Sure, if the BC government can spend $ 16 billion to destroy valuable farmland and build the Site C dam, it can find a few million dollars to save our old growth forests.

The ministry is not open about its hub proposal

The Department of Children and Family Development is hosting a series of information sessions for parents to call and hear about the new hub model Minister Mitzi Dean announced in late October.

We were told that this briefing was to reassure us and be a platform to get answers to our questions. This was not the case.

They have limited Zoom’s capabilities so parents and service providers cannot see questions submitted by other people on the call. Is it transparent?

These sessions have proven that Dean does not listen to parents or service providers, has failed to provide basic information, and continues to ignore the well-being of our children. Parents know better!

This hub model will have a negative impact on thousands of children.

Nurse practitioners could ease the shortage

Re: â€œIs there really a shortage of doctors in British Columbia? Â»Commentary, November 25.

An interesting retrospective of a retired family doctor, with no mention of nurse practitioners as part of solving the problem.

There is also a dearth of other allied family health care professionals; physicians are one of many other important players.

There are also other professionals who must be included in the current â€œshortageâ€. The improvement in the shortage in one area will have a ripple effect on others, resulting in a consequent increase in the demand for other health professionals who will not be available.

Medical papers, a problem for veterans

Re: “Thousands of disabled veterans have been waiting for years for government support,” Nov. 6.

As someone who takes pride in helping our veterans, and as a veteran myself, there must be some direction for the military moving from military to civilian life.

I don’t know how many realize that once we leave the military, we no longer have a doctor.

Obviously that’s a concern for everyone these days, but while we’re in the military we have a doctor for the number of years we serve. Many of us have to leave the military for medical reasons because of our service.

The problem is, when we try to get a doctor to fill out the Veterans Affairs Canada paperwork for our disability once we get out, we run into a huge hurdle. Walk-in clinics are reluctant to fill out the paperwork and some refuse outright because they don’t know enough about our medical history.

This has caused a lot of depression and anxiety among our deserving veterans who are willing to risk their lives for our country, and the world for that matter.

This situation is unacceptable to civilians and veteran military personnel.

I wonder if anyone could come up with a better solution. Hopefullyâ€¦.

Sixty days to wait to prove who I am

Many years ago I lost my British Columbia ID card. ICBC insisted that I start over to duplicate what they already had. I did, and they took my picture back and got my ID in less than two weeks.

Last week I had to start over, but some genius at ICBC thought it was okay for me to wait, after getting my picture, up to 60 days before getting my ID with Photo.

Without it I can’t get my official vaccination card so I can’t check into a hotel to find a place to live while I rearrange my life.

Is this incompetence or contempt for us?

SEND US YOUR LETTERS

â€¢ Mail: letters to the editor,

â€¢ Submissions should not exceed 250 words; subject to editing for length and clarity. Provide your contact details; it will not be published. Please cancel sending your letter as an e-mail attachment.