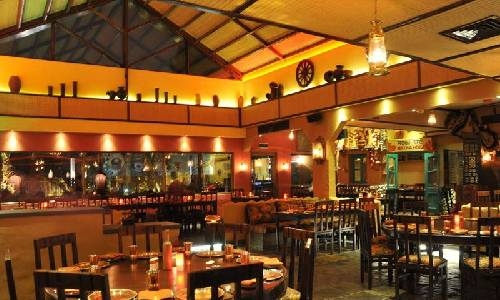 The staff who allegedly refused entry to a veiled woman in a popular restaurant in Adliya were not Indians, claims a witness.

Bahraini woman Mariam Naji, who apparently shot a video of the incident at the Lanterns restaurant which went viral and thus brought it to the attention of the kingdom’s authorities, said she was upset by the unpleasantness of everything the incident.

Naji, a friend of the woman who was turned away, had previously posted about the incident from her Twitter account on March 26, saying the official was not Indian.

“Hello first of all. I’m very sad about the news and rumors. Actually the man (manager) was not Indian. And believe me, I can recognize Indian people. So please, stop doing this. please, please stop doing this. not even happy with what i saw. so…i sit down with the owner, the indian owner…he was very kind to us and he apologized to us… for what happened. So we just closed the case, and that’s it, and that’s (is) the truth. don’t even listen to the news. You must know the real story. You can even see that I am not wearing hijab, my friend was wearing hijab. Because of this, I am making a video. So, yes, thank you.

Naji also says he claims to know the actual nationality of the personnel who took the offensive action. She believed it was her responsibility to reveal the person’s nationality after several social media users ended up wrongly targeting the Indian community and a particular Indian political group, which she considers unfair.

However, since News of Bahrain believes that this particular incident has nothing to do with the nationality of the person but only with his action, we do not wish to repeat these particular words of Naji. We (NOB) only hope to clear up a misunderstanding instead of blaming another party. Other revelations will be made according to the information disseminated by the authorities of Bahrain.

Meanwhile, the Lanterns restaurant told the News of Bahrain it did not wish to comment on the matter as it was an ongoing investigation.

It was earlier reported that the Bahrain Tourism and Exhibitions Authority (BTEA) has launched an investigation asking tourist outlets to comply with regulations and avoid any policies that violate the kingdom’s laws. The department released a statement saying, “We reject all actions that discriminate against people, especially with respect to their national identity.”

He further called on the public to report such incidents to the authority through the national complaint and suggestion system Tawasul or by calling the Consumer Protection Center on 17007003.

Meanwhile, in a statement posted on social media earlier, Lanterns management apologized for the mistake made by one of the staff members, which brought shame on the organization. “We have suspended the duty manager based on our investigation,” the restaurant said.

“We have been serving our clients of all nationalities living in this beautiful kingdom for over 35 years now. Ours is a place where everyone can come and have fun as a family and feel at home.

“In this case, a mistake was made by a manager who was suspended and it does not represent who we are,” the restaurant said.

Lanterns is a popular Indian restaurant brand in the kingdom with branches in four cities including Budaiya, Amwaj, Adliya, Riffa.

Kandi Burruss says she had no idea some of her restaurant staff were hooking up until she saw him on her new reality show, ‘Kandi and the Gang’

I charge more to pay restaurant staff a living wage