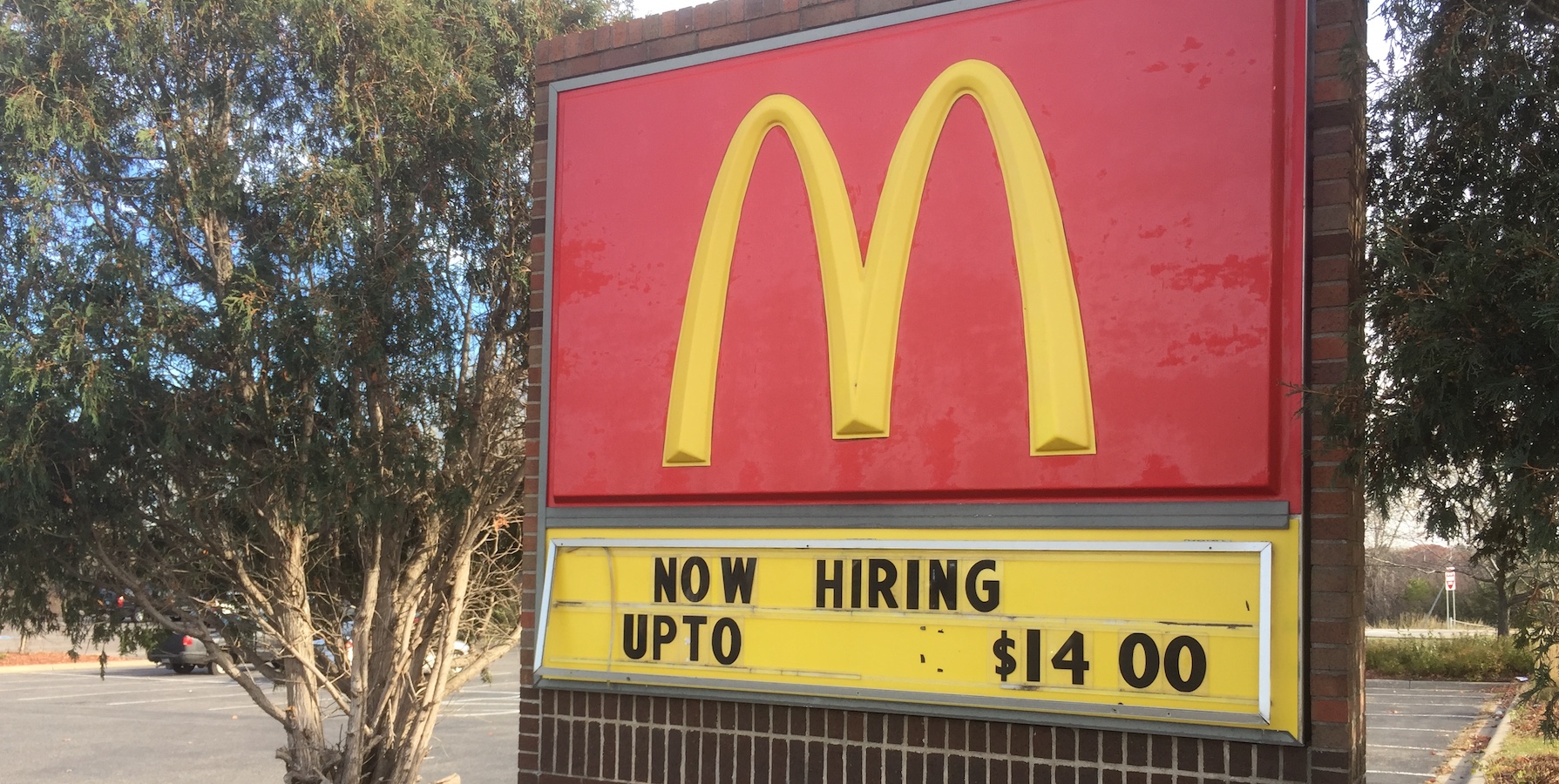 Restaurants face a lot of cost pressures, which have forced them to increase their prices despite concerns about traffic and growing competition from grocers and convenience stores.

In August, prices for out-of-home food were up 3.2% year-over-year. For comparison, home food prices are up 0.5%, according to the most recent federal data.

This continues a trend that has been common for the past four years. Grocers have kept their prices stable, while restaurants have raised them. Since August 2015, in fact, restaurant prices have increased by 11%.

In comparison, the prices of grocery stores are in fact down 0.5%.

Price increases have been a big part of the industry’s growth, but especially this year. According to federal retail sales data, restaurant sales grew 3.9% in 2019. This means that 82% of total industry sales so far in 2019 have come from operators raising their prices, rather than new locations or customers coming more often.

Price increases this year exceed wage increases (up 2.9% from last year) and headline inflation (up 1.7%).

None of this will surprise any observer of this space: chains have been pushing more expensive items all year round, while also raising their menu prices, even though traffic has stumbled.

The biggest example is in fast food, where McDonald’s, Burger King and Wendy’s have all faced traffic drops even as their own same store sales have been positive.

McDonald’s same-store sales increased 5.7% in the second quarter and its traffic declined further during the period. It is a remarkable achievement.

Same-store sales fell 0.7% in August, according to the Black Box Intelligence Index for August. Traffic is down 3.9%. Both figures were improvements over the July figures.

This is especially true when the other food source for consumers, grocers and other retailers, has kept prices stable. A $ 100 restaurant meal in 2015 now costs $ 111. But that 2015 $ 100 grocery bill is actually slightly lower.

Restaurants really have little choice in this area. Labor costs as a percentage of sales continued to increase, even with same-store sales, thanks to both competition for labor in many markets and higher minimum wages. high in many others.

Restaurants have a higher demand for labor than grocers or convenience stores and therefore have been required to maintain higher prices to maintain profitability. In addition, current trends such as delivery are also weighing on operators’ profits. Real estate and construction costs are also increasing.

While operators risk losing traffic by raising prices, the other choice is actually worse: keeping price increases to a minimum in a high cost environment can have dire consequences.

The store closures at Steak ‘n Shake are a perfect example. The chain has insisted on keeping its value offerings front and center for years, opting instead for cost reductions to keep the chain profitable.

Those sales are now down and the company has temporarily shut down a sixth of its units to avoid losing more money.