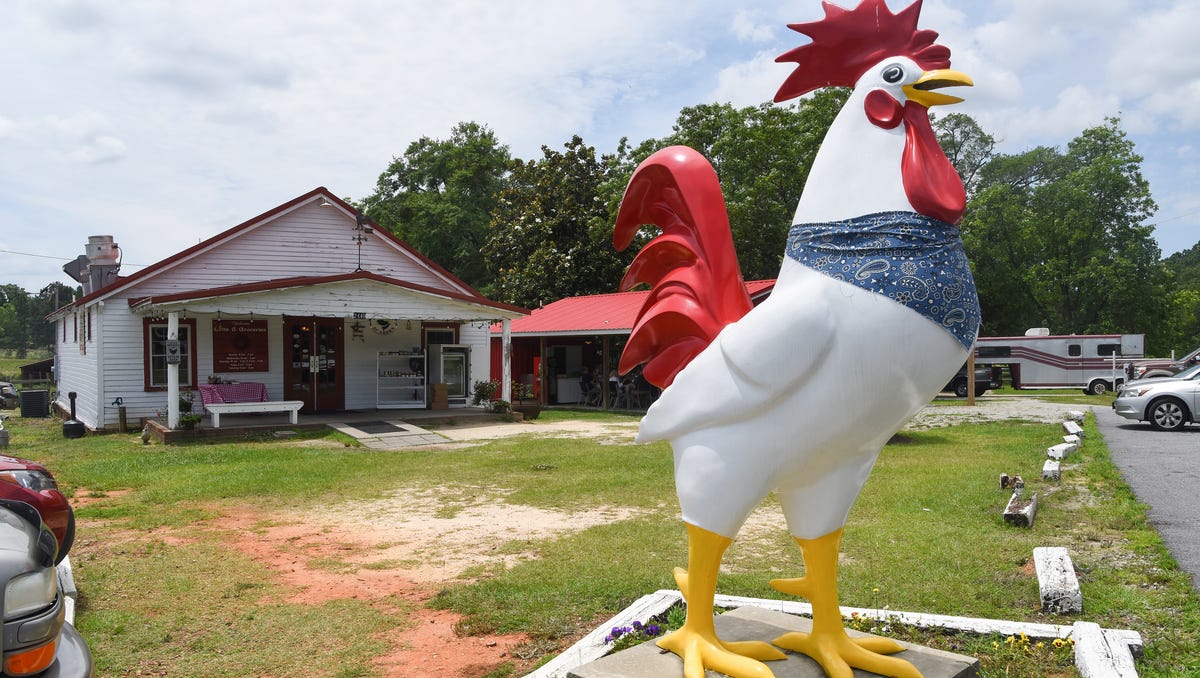 Grits and Groceries to end catering service, focus on catering

It’s been a great trip for 14 years, but now chefs Heidi and Joe Trull are planning the next one. The husband and wife team behind the Oatmeal and groceries restaurant in Belton, have decided to end the daily service to focus more on events, farmers markets and catering.

As day-to-day operations cease, the Trulls are careful not to use the word shut down when discussing their new future. They are restructuring their business and their lives, they say in a way that benefits both.

Previously: Grits and Groceries in the market in Belton, but will not close

The changes mean the Trulls will focus on things like their next Valentine’s Day dinner, expand their wine dinner series, and add two more Farmers’ Markets to their roster. Plans also include not only maintaining the annual pie contest, but also expanding it into a one-day festival.

â€œWe’re not leaving, we’re just reformatting,â€ Heidi said. â€œI have been through all the stages of grieving, making decisions and preparing for anything and now I am in a stage of relief. We made the decision, and that’s what’s best for us.

The decision to change course comes more than a year later the two chefs announced they were looking for buyers for their 2 acre property. In July 2017, Heidi confirmed the news but qualified him saying he was not near.

Over the past year, the Trulls have had a pair of very interested buyers, young chefs, but in the end the funding was not given, she said, and she and Joe therefore chose to continue.

But then they looked at their numbers, an annual process the two do to keep their businesses healthy. The numbers were correct, but not great, Heidi said. Business has been strong, but rising costs related to food, insurance and shipping have started to take their toll.

Last year, the restaurant spent $ 4,000 on fuel costs, Heidi said, additional costs associated with all the deliveries they received. The fees were added three years ago when diesel prices soared.

â€œThe things we had to do to stay open were all the things we didn’t want to do – cut the quality and open at night,â€ Heidi said. â€œSo we made the choice to restructure.

The Trulls opened Grits and Groceries in the summer of 2005. At the time, the two, who had grown up in the Carolinas, were cooking in some of New Orleans’ best restaurants. Joe worked as a pastry chef for Emeril Lagasse and Heidi was chef and owner of the famous Elizabeth’s restaurant.

But the couple decided to leave New Orleans for the Carolinas to be closer to the family when their son, Tom, was born. Heidi remembers the logistics of opening Grits & Groceries with a six month old baby.

â€œWe had a full time nanny and she would come and I breastfeed and go back to work,â€ Heidi said with a laugh. “It was every hour and 45 minutes.”

Over the years, Grits & Groceries has garnered local and national attention for the unique blend of fine cooking techniques and attention to flavor and detail, respecting southern culinary traditions, what Heidi calls “the nourishment of the eclectic soul â€. The restaurant only served lunch Tuesday through Friday, dinner only Thursday, and brunch only Saturday, a strategic schedule that allowed the Trulls to balance work and private life.

Denying that balance was not an option, Heidi said.

The Trulls started discussing New Year strategy in the summer. With the restaurant sale pending and plans for an ice cream shop stalled similarly, they acted, sadly but also confidently.

For more local content, get an independent mail subscription today

Seven of Grits and Groceries’ eight full-time employees have found other jobs, Heidi said, and she and Joe are excited to get even more creative and focused in the kitchen. She’s already working on the restaurant menus and Joe is getting ready for the farmer’s market season. Many oatmeal and grocery dishes will be available for sale at farmers’ markets.

Heidi will also continue her work as Chief Ambassador SC, attend food festivals and other events.

The couple are also looking forward to Tom’s baseball season.

â€œLast year I couldn’t see a single game,â€ said Heidi. “So I said this year I go to all the games.”

Grits and Groceries will continue to offer catering services and host monthly dinners. More information can be found on the website at http://gritsandgroceries.com