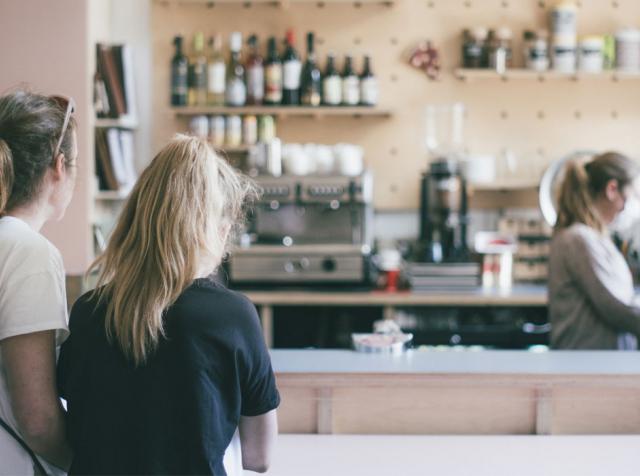 The restaurant industry remains in a waiting pattern, with no end in sight. And that worries consumers. In a recent nationwide survey commissioned by the National Restaurant Association, 89% of adults said they were concerned that businesses in their community, such as restaurants, would not survive the economic fallout from COVID-19. More than half of those same people (56%) said they were aware of a local restaurant that was closing permanently.

The harsh reality continues to clash with demand. Eighty-eight percent of respondents said restaurants are an important part of their community, and 78% agreed that going out to their favorite places was one of the things they’ve missed the most since COVID began. -19.

In terms of closures, the Association’s investigation brought up some anecdotal rumours. Sixty-four percent of urban residents said they had witnessed permanent closures in their hometown. It’s 56 percent at the suburban level. For rural residents, the number drops to 44%.

However, faced with this growing uncertainty, restaurants are fighting to get out of the trough. The NPD group shared with FSR that in the week ending August 16, declines in customer transactions at major restaurant chains improved to single digits after 21 weeks of double digit declines. This is one of the most positive results since the foundation collapsed in April.

Customer transactions were down 9% from year-ago levels, 35 points better than the steepest decline of -44% in the week ending April 12.

Once again, quick-service brands, which account for the bulk of transactions in the sector, outpaced the pack. They fell 8%, year over year, in the week ending August 16. Full-service chains saw declines of 19% from a year ago. As steep as that may seem, this is a gain of 57 points from the April 12 drop of minus 76%.

“While transactions are still down, the move into single digits is a positive sign for the American restaurant industry,” said David Portalatin, NPD Food Industry Advisor and author of Eating Patterns in America, in a statement. “Although we are stuck in neutral for now, I firmly believe that there is still plenty of upside recovery for restaurants. My belief is rooted in a reality: consumers are not ready to give up the convenience and the experience that a restaurant meal brings to them and their families, regardless of the obstacles.”

Looking back to July, the trends worked in an environment in which around 20% of commercial catering units were under restrictions for on-site dining during the month. Restriction levels were actually higher at the end of the month than they were at the start, illustrating one of the most complicated by-products of COVID-19 – the fact that restaurants can’t really not identify a recovery target with near precision.

And, as has been the case in many cities and markets over the past couple of months (California, for example), this is a conversation that can backslide before it progresses. The question is, when will it progress?

An example: On August 19, the NYC Hospitality Alliance, along with restaurant owners from all five boroughs, held a press conference calling on Governor Andrew Cuomo and Mayor Bill de Blasio to develop and implement an immediate plan for the return. meals inside.

At this point, the Big Apple has been more than six weeks away from indoor dining, earning an indefinite hiatus from officials. Meanwhile, plans to reopen schools, museums, gyms and bowling alleys have been announced, the Alliance said. “… restaurant and bar owners are desperately waiting for answers and action from the government,” he explained.

Restaurants and bars in New York City were predicting indoors could resume at 50% capacity as part of phase three of the reopening on July 6. However, restaurants elsewhere in the state have been serving indoor customers since June 17, and during that time New York’s coronavirus infection rate has fallen to . 071%, the Alliance said.

That uncertainty leaves New York operators counting on disaster, he added. “With the feasibility and demand for outdoor dining during the cold winter months expected to be tenuous, insiders are predicting a death knell for the industry if indoor dining does not resume by mid-September.”

The Alliance surveyed nearly 500 restaurant and bar owners and found that 83% could not pay full commercial rent in July.

“Despite the city exceeding and maintaining measures that allowed restaurants to reopen in the rest of the state, government leaders have yet to provide guidance on when small business owners, workers and customers can expect indoor dining to return,” said Andrew Rigie, executive director of the NYC Hospitality Alliance, in a statement. “The survival of our industry over the next few months depends on the government immediately developing and implementing a plan to allow restaurants in New York City to reopen safely indoors like our counterparts everywhere else. in the state.”

George Constantinou, owner of Bogota Latin Bistro, Miti Miti and Medusa in Brooklyn, added, “Fifty percent capacity is 50% capacity. Location shouldn’t make a difference to proper social distancing in a 50-seat restaurant. If you can do it in Westchester, then we can most certainly do it safely in Brooklyn as well. »

In addition to an indoor dining plan, the Alliance continues to urge sweeping relief, ranging from extending the moratorium on evictions, suspending personal liability guarantees in leases, suspending taxes on commercial rents, rent relief and the extension of cash grants to small businesses.

According to the NPD, consumer visits to commercial restaurants were down 12% in July compared to 2019. This broke down to minus 9% in quick service units and minus 32% for restaurant chains.

Whether by segment or region or by access to capital versus independents, COVID-19 leaves a host of discrepancies in its wake.

And here’s a look at just how big the changing landscape is and why some brands are riding the ‘new normal’ to reach record sales levels, like Papa John’s. The percentage of traffic coming from digital increased from 5% in January 2020 (before the virus) to 13% in July, and remained stable compared to June. Delivery in July accounted for 6% of traffic compared to 3% in January.

In an area where total industry traffic fell 12%, once again traffic levels more than doubled at the digital event compared to last year and nearly doubled at the event. delivery event.

In July, site visits represented 13% of visits (compared to 5% in April). At the start of the year, before the pandemic, it accounted for 33% of visits.

The mid-afternoon timeslot has seen stable or positive competitor sales growth in six of the past eight weeks. Late night, however, continues to lose the most sales, year over year.

In the latest weekly traffic and sales figures from Revenue Management Solutions, some promising news has also surfaced. For the week ending August 8, traffic improved to its best level since mid-March, with a negative trend of 10-15%, year over year.

Year-over-year restaurant traffic and sales are still under pressure, down 65-70%.

For a full service, traffic and sales went negative in the 30-35% range, RMS said. Delivery and takeout continue to hover around the 100% like-for-like growth figure, year-over-year.

Restaurant traffic and sales improved slightly from last week to minus 50% and 55% respectively.

RMS has also provided some interesting information about time slots. Dinner began to overtake lunch in mid-June and continues to do so through July and August. Year-over-year traffic is slowly and steadily improving after a July decline of just 5% compared to a 10% decline in June. Sales are up 10% compared to 2019.

Year-over-year lunch traffic also increased slightly, from minus 10% in June to minus 8% in August. Lunch sales are now up 5-8%, in line with July results.

Breakfast metrics increased from July, with negative traffic of 18%, year over year, and negative sales of 5%.

Late night, as noted, was the biggest drag. Traffic for the segment improved about 5 percentage points from the low in late July, but is still down 18%, year-over-year. Sales drop 5 to 10%.

Restaurant staff are the key to customer loyalty, a clean and safe environment