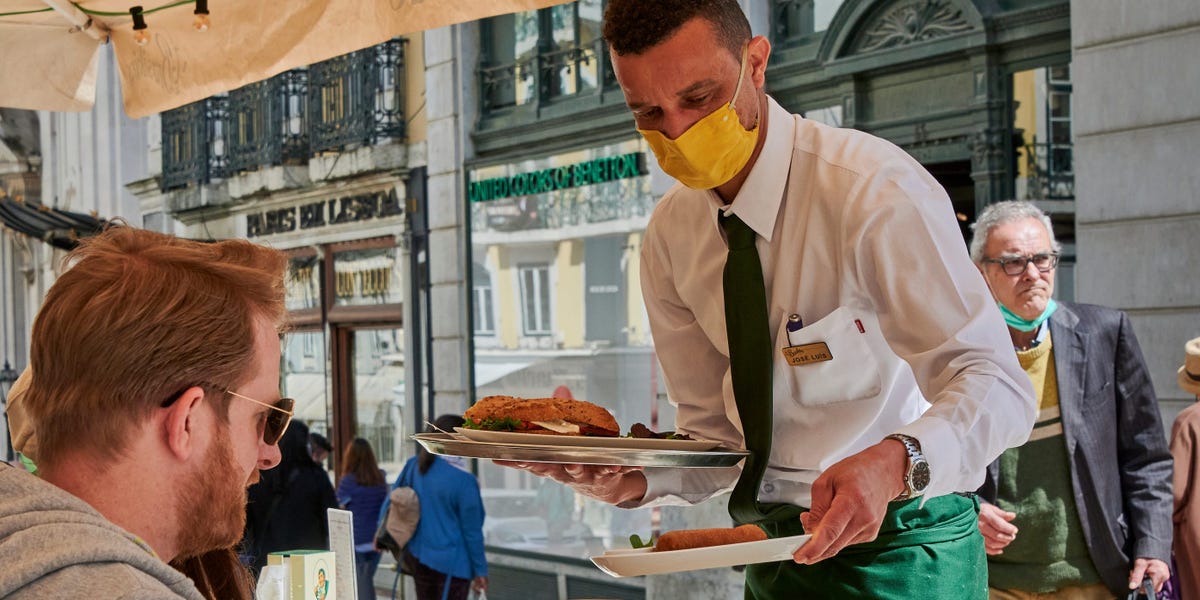 A diner left a $10,000 tip at a seafood restaurant in Gainesville, North Florida, CBS4 first reported.

Shawn Shepherd, the owner of Wahoo Seafood, told Newsweek the restaurant asked to see the 10 restaurant staff working when he visited on Tuesday.

“He said he appreciated their presence and what they had been through,” Shepherd said. “He said he wanted to tip everyone $1,000.”

Shepherd told Newsweek it was the biggest tip the staff had ever received in their 35 years of owning the restaurant.

“The past year and a half has not been easy for this industry,” Shepherd said in the Facebook post. “We are hurting and exhausted, but this incredible act of kindness has restored our faith in humanity.”

The pandemic has devastated the restaurant industry. Between March 2020 and March 2021, one in 10 American restaurants closed permanently, according to a report by food industry research firm Dataessential, prompting thousands of layoffs.

At restaurants that have remained open, staff have faced stressful working conditions made worse by COVID-19 outbreaks, customers without masks and labor shortages.

Read more: How a small food tech startup convinced industry heavyweights like Chick-fil-A and Taco Bell to lean on it to tackle a labor shortage

While many white-collar workers have worked from home during the pandemic, restaurant staff have largely continued to work in person. Even during times when states closed restaurant dining rooms, many continued to offer takeout and delivery.

Fast food workers are “particularly vulnerable” to community transmission of COVID-19, according to a damning report from UCLA and UC Berkeley. Between July and December 2020, about 15% of documented workplace coronavirus outbreaks in Los Angeles County occurred in fast food restaurants, according to the report.

At the same time, the restaurant staff also had to deal with increasingly difficult and impatient customers.

A KFC employee, for example, said in a complaint to OSHA that she had been threatened, harassed and even shot with a BB gun on the job during the pandemic, while a restaurant told the New York Times that diners had threatened to sue him after he didn’t get the specific table they had requested.

Some diner behaviors are also geared towards COVID-19 safety measures. A 19-year-old McDonald’s employee told Insider she was assaulted after asking a customer to wear a mask. In another case, patrons threatened to spit and cough at front door staff at The Alembic in San Francisco after they were asked to show proof of vaccination, Allana Akhtar of Insider reported.

Some restaurant workers said they were afraid to apply COVID-19 safety precautions in case they ran out of tips.

A Massachusetts restaurant even closed for a day after rude diners swore at staff and made them cry, telling the New York Times diners seemed unprepared for the longer wait times and limited menus associated with it. current staffing and supply shortages.

Do you work in the restaurant industry? You have a story? Email this reporter at [email protected]