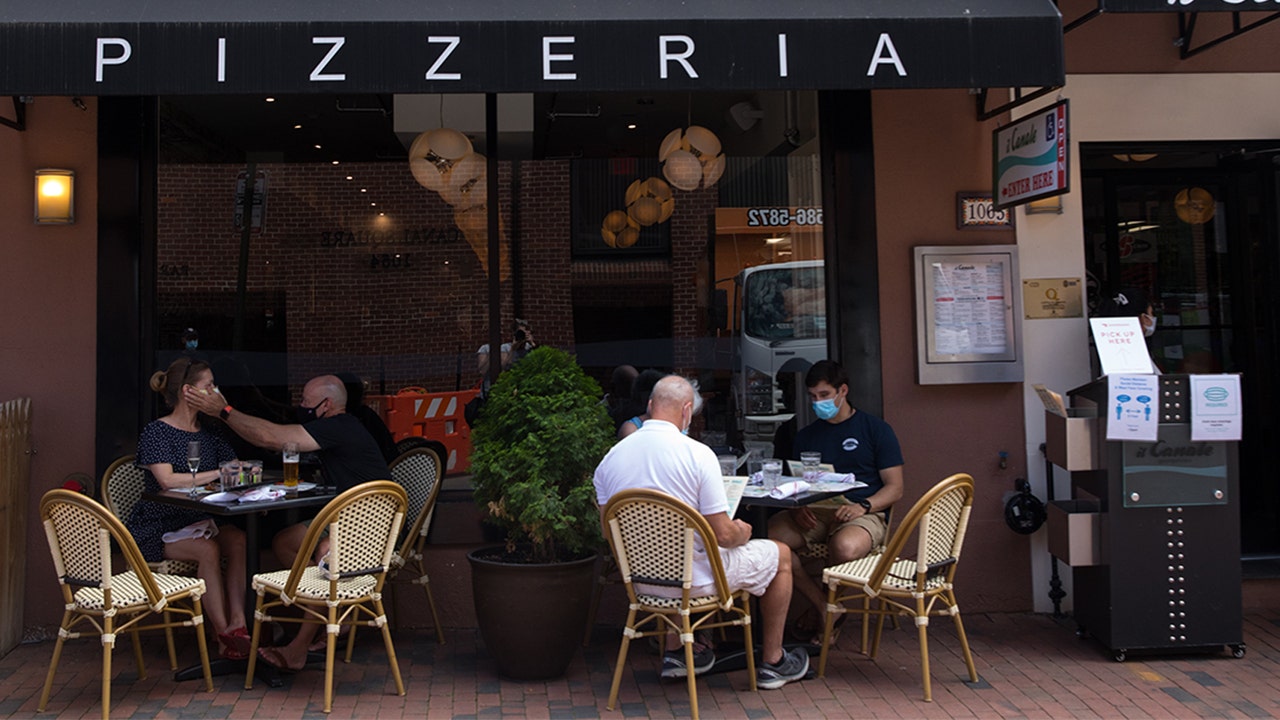 Washington, DC, will revoke its COVID-19 restrictions on indoor dining starting Friday, Jan.22 at 5 a.m., allowing restaurants and bars to return to 25% capacity, or no more than 250 people .

The move, first announced Wednesday in a tweet from DC Mayor Muriel Bowser’s chief of staff, John Falcicchio, aligns with the end of a “groundbreaking break” in activities to reopen Phase 2 of the city.

The “Inauguration Break” was a extension December 23 order implemented to flatten the curve amid an increase in coronavirus cases, which was set to expire on January 15. Bowser cited ongoing “public health and safety” concerns as the reason for the extension, following a riot on Capitol Hill by pro-Trump protesters on Jan.6 that left five dead.

In addition to closing restaurants inside, the order closed museums and the DC Circular Route along the National Mall. It also limited libraries to pickup and drop-off services only for three weeks, ordered the Department of Parks and Recreation to offer reservations for individual swimming and fitness sessions only, and demanded that all non-employees Essential businesses are telecommuting, with the exception of in-person staff needed to support minimal operations.

Bowser confirmed the decision at a press conference on Thursday. She also noted that the break will remain on Libraries, the DC Ring Road and the Department of Parks and Recreation, while additional guidelines on museums are expected to be released.

The move will allow residents to take advantage of on-site offers and take-out meals during the Restoration week promotion, from January 25.

The move is the latest pivot for a government official on COVID-19 restrictions after Chicago Mayor Lori Lightfoot urged at a press conference last week to allow restaurants and bars to open “as quickly as possible,” citing concerns about private gatherings where COVID-19 protocols were not being followed.

The comment was a pivotal point in Lightfoot’s stance last year, when she called on people not to go out and get their hair done in one of her “Stay Home, Save Money” PSAs. lives “. She then came under fire when a photo surfaced showing Lightfoot having his hair cut during the state’s stay-at-home order.

“I’m the public face of this city and you know I’m a person who [takes] personal hygiene very seriously and felt like I needed a haircut, â€Lightfoot said in defending the movement at the time. “So I got a haircut.”

New York Gov. Andrew Cuomo also appeared to flare up over similar comments he made on Twitter on January 11 regarding reopening the economy.

â€œWe just can’t stay closed until the vaccine reaches critical mass,â€ Cuomo wrote. “The cost is too high. We won’t have anything left to open. We have to reopen the economy, but we have to do it smart and safe.”

Critics accused Cuomo of delaying the reopening of New York until after the results of the November presidential election.

GET FOX BUSINESS ON THE GO BY CLICKING HERE

Despite declining indoor dining restrictions, DC COVID-19 cases have continued its upward trend since the decree of December 23. Washington, DC, on Thursday recorded 209 new cases of the coronavirus and one related death, bringing the city-wide totals since the start of the pandemic to more than 34,600 cases and 864 deaths.

Washington, DC first entered Phase 2 of its COVID-19 reopening plan on June 22. The city’s reopening plan is based on a series of measures related to four areas, including level of spread in the community, health system, capacity, public health system capacity, and community engagement. Each metric has a red, yellow and green level, signifying each respective phase.

Starting Tuesday, Washington, DC daily case rate is in the red zone with a seven-day average of 36.7 cases per 100,000 people.

â€œWe’re staying squarely in phase 2,â€ Bowser said. â€œWe took advantage of the holidays, where we know there could be more trips and gatherings, to recommend less with this break. And we extended that until the inauguration. And those things are over.

Maryland reported 2,166 new coronavirus cases and 46 additional deaths on Thursday, bringing the statewide total to 334,519 cases and 6,560 related deaths since the start of the pandemic.