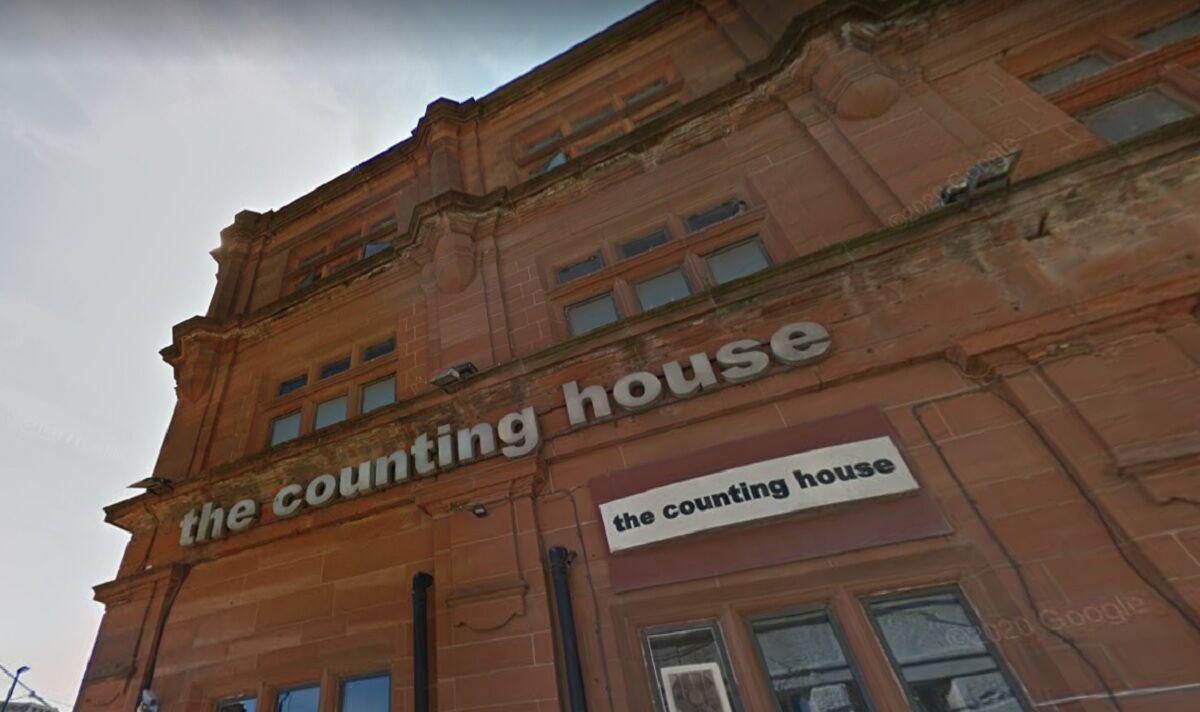 Scott Willis, 31, had gone out with his wife on July 21 on their first date since before the lockdown. The couple were due to go out for dinner before seeing a tribute to the Queen in Blackpool.

Looking for a quiet place to eat before the show, the couple headed to The Counting House in Talbot Square. Only they say their date was ruined after their food came out cold after a 40 minute wait and they heard the staff calling them “scottish c****” while they waited. Restaurant management claimed the couple had heard wrong and they were instead referred to as ‘the Scottish couple’.

Scott told LancsLive: “We ordered our food and were seated and within ten minutes a girl came over with a platter of sauce and our cutlery. It wasn’t until shortly after that, five or ten minutes we heard someone say ‘these Scottish c**** can wait’

“The place wasn’t busy at all and I guess we were the only Scots in there, it just seemed like it was meant for us, especially after a 40 minute wait for the food, which was cold.”

Scott and his wife had ordered a Mac N Cheese and a Chicken Curry. When the dishes came out, Scott says the Mac N Cheese was “stone cold” and the curry just “lukewarm”. He immediately told a member of staff that the food was cold and they received a full refund after paying £27.27.

He added: “Even the member of staff I went to immediately said it was very cold. She picked up the dish and was shocked, she said she would say something.

“When I handed him the chips, his facial expression was like ‘wow, that’s shocking,'” Scott continued. “I asked at that time to speak to a manager but we were told there was none, he was on leave.”

He added: “We didn’t find it funny at all. We live in Blackpool, we’re not tourists, we live here. We’ve been here for two years now. It was the first time, because of the lockdown, we “I haven’t really experienced going out. We have two kids, Archie our youngest, had surgery and stuff, so we haven’t dated as a couple.

“It ruined our night, I was hungry all night,” he added. Despite their experience, Scott said he remained “kind and courteous” to the staff throughout. “We got our refund and just left,” he said.

Scott says he was assured the manager would be made aware of the incident when he returned from leave, but he’s not so sure. He added: “To be honest, I think they’re going to hide that from him.”

A spokesperson for The Counting House said: ‘We are sorry for the long wait for food our customer experienced last night and have issued a full refund immediately. We also believe there was a misunderstanding as our team members who were working at the time are clear that they referred to the ‘Scottish couple’ but did not make the comment that was alleged. Nonetheless, we accept that our service last night fell below our usual high standards and would like to once again apologize and hope to welcome them back to the pub soon.