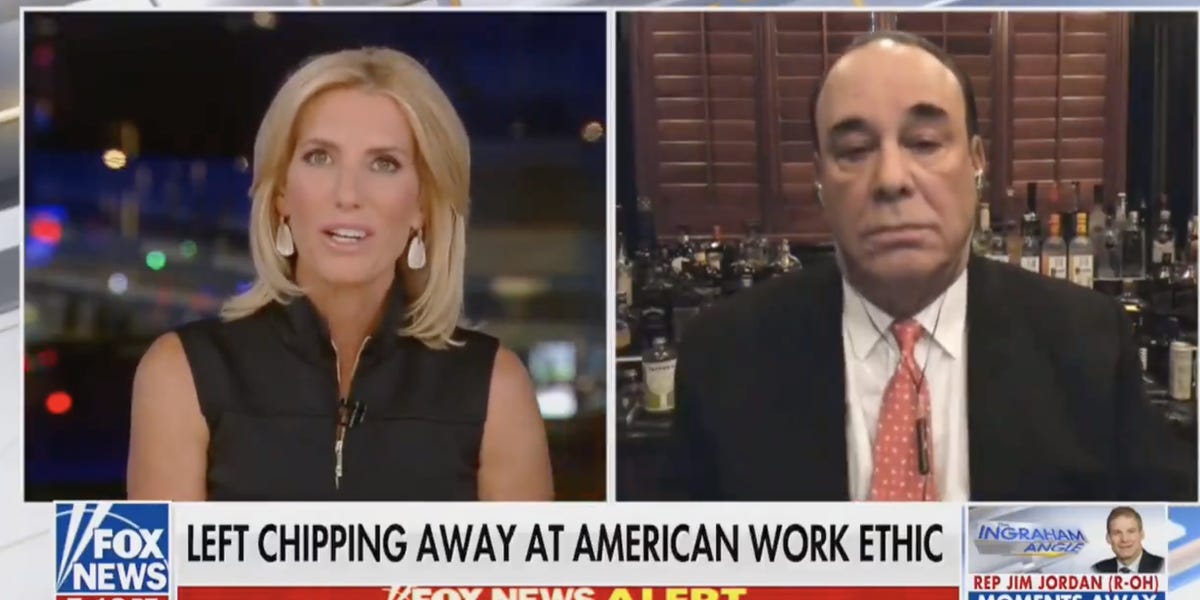 ‘Bar Rescue’ host Jon Taffer has apologized for comments he made about restaurant workers on ‘The Ingraham Angle’ on Fox News.

He came under fire on Friday after he suggested that restaurant workers who did not return to work were encouraged to laze around.

Despite 10 million job offers in June, workers are slow to return.

An Insider op-ed said while unemployment benefits have been blamed by some for keeping workers at home, the data paints a more complex picture.

Business owners in corners of the economy, including hospitality and ride-sharing, have been hit hard due to a tight labor pool. This has prompted some businesses to reduce opening hours, reduce production and raise prices.

Taffer’s first comments came in response to Ingraham asking what would happen if unemployment benefits were cut.

Ingraham had said, “Hunger is a pretty powerful thing,” she said. “I’m not talking about physical hunger, because people who really need it need help. I’m talking about people who can work but refuse to work.”

Taffer replied, “I had a friend in the army who trains military dogs. They only feed a military dog ​​at night because a hungry dog ​​is an obedient dog. Well, if we don’t put people to work hungry, so we provide them with all the meals they need sitting at home.”

Following heavy criticism, Taffer took Twitter apologize. He said: “Regarding an interview I did yesterday, I would like to sincerely apologize for using a terrible analogy in reference to the unemployment situation. It was not my intention and I very much regret it. “

He added that his comment “was an unfortunate attempt to express the desire for our lives to return to normal”.

But some Twitter users were ruthless. A wrote: “No more Bar Rescue for me. Comparing the poor to dogs that need to be hungrier. No apologies from you were accepted.”

BC restaurant staff struggle to work in unrelenting heat