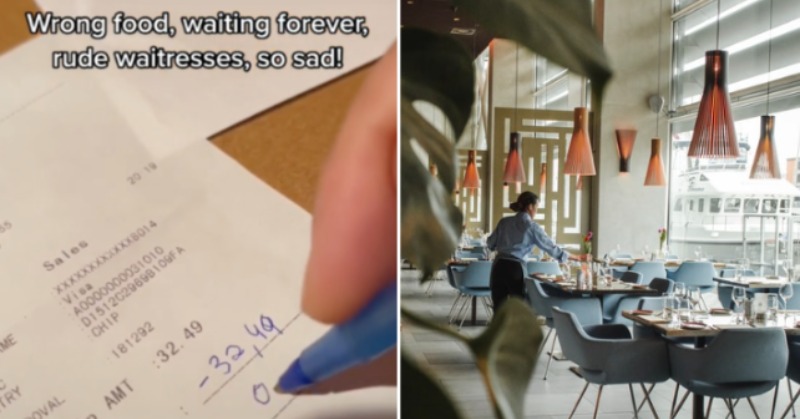 A man gives a negative tip to restaurant staff

In foreign countries, if you went to eat in a restaurant, it is mandatory to tip the staff for their service. But a TikToker caught the eye after he failed to do so.

This man has sparked a debate after he tipped restaurant staff negatively after claiming he received poor service.

He shared the clip of himself giving negative advice about the bill on TikTok. The man who goes by the name @gameoftony filmed himself tipping -$32.49 adding in the clip’s caption: “Bad food, eternal wait, rude waitresses, so sad.”

The video caused a peak debate from people in the comments. Some think it’s best to always tip, while others say tips should be earned.

“As a former waitress this makes me sad. I always tip even if there are issues. We are human, mistakes happen,” said @criminalmindsaddict1566.

“To people who say they always tip. I worked in the industry…tips are earned. Good service equals good advice,” @ashtebulte said.

Others laughed at the video. “I don’t think that’s how it works. You still gotta pay dude,” @radioactivehusky said.

If you’re worried about the TikToker dining, rushing, and skipping the tip, worry no more. A closer look at the video reveals that the TikToker was writing on the customer’s copy.

So what do you think?