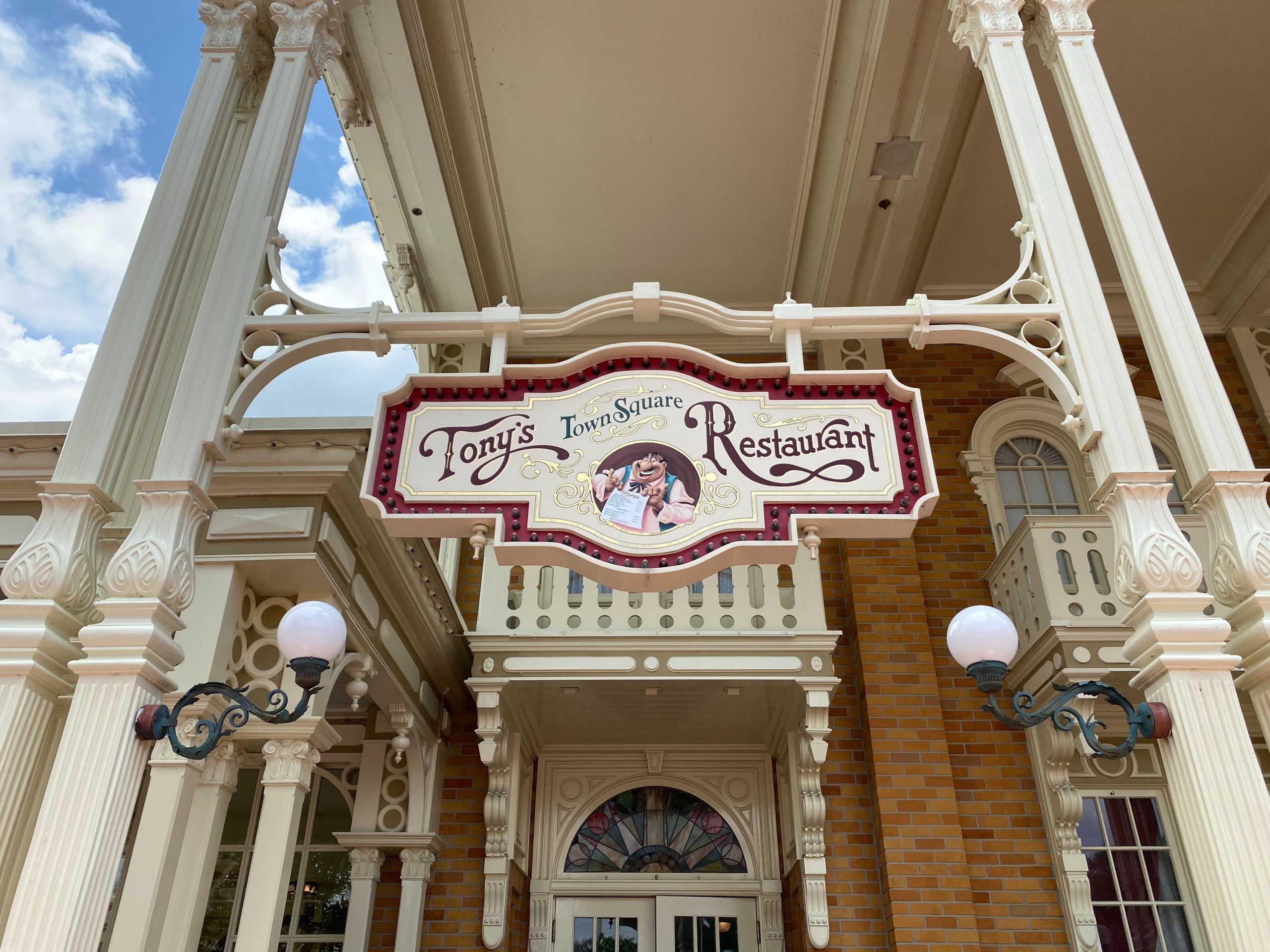 Tony’s Town Square restaurant menu in Magic Kingdom has been updated, some items have been removed. Notably, special 50th anniversary items and pizza are no longer listed as options.

Tony’s Garlic Bread For The Table for $11 and Toy Box Tomato Salad for $12 were added to the appetizer (antipasto) options. Caprese, Five Alarm Wings (50th anniversary item), and Spinach Dip have been removed.

The 50th anniversary Firehouse donuts have been removed from desserts. New on the menu are spumoni tart and Tony’s tangerine custard. The tiramisù is now in a cannoli.

Volunteers Needed, the 50th anniversary drink special, has been removed.

Regular spaghetti and meatballs have been removed from the kids’ menu, and whole-wheat spaghetti with a turkey meatball is gone, as is cheese pizza. The rest of the children’s menu remains the same.