Food from a World Cup winner and a MasterChef winner is on the menu for collection starting today.

Former England rugby captain Phil Vickery, who won the Celebrity MasterChef in 2011, has started his new business No. 3 as a collection service after plans to open a restaurant were delayed.

Named after his old jersey number, the ex-Gloucester star was looking to open No 3 at Cheltenham before the coronavirus crisis forced rethinking.

Today, he is committed to providing high quality cuisine that customers can eat in their homes.

He said: “Cheltenham and the wider area has a fantastic food scene and it’s a scene I’ve been looking to get into for quite some time.

“Many people, for several years, have been asking me what I plan to do next. After having had many conversations and ideas, it seemed like the stars were aligning and I had the opportunity to form a series of partnerships. perfect, including a brilliant team and suppliers, as well as having the right owner on board.

“Then, out of nowhere, COVID-19 and the crisis that followed arose, seemingly frustrating our plans. “ 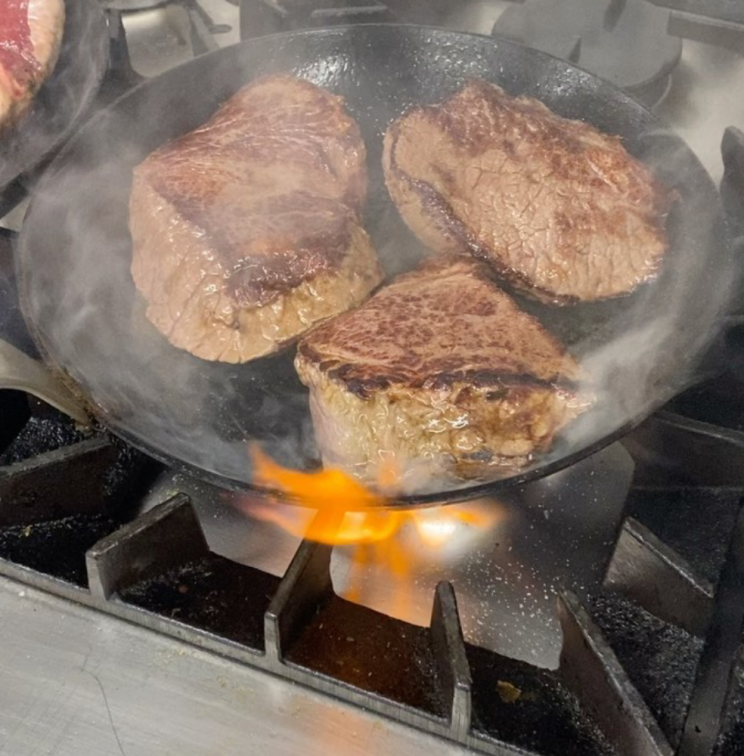 He continued, “Not wanting to put aside all the hard preparation work, I was determined to keep going.

“So by putting new plans in place and implementing them over the past few weeks, we are now able to launch No.3 as a collection service; providing people with access to high quality food without any risk to themselves. “

The son of a dairy farmer has a long-standing love for British produce, which is reflected in the initial launch menu which includes traditional dishes such as cottage pie, slow-braised beef in red wine, brisket Parmesan Crusted Chicken and Phil’s Sirloin Steak.

Despite his success with Celebrity MasterChef, the 2003 Rugby World Cup winner doesn’t see himself as a chef.

He said: “I am not a chef, I am a cook. I am extremely passionate about food, the way it is cooked and its purpose. 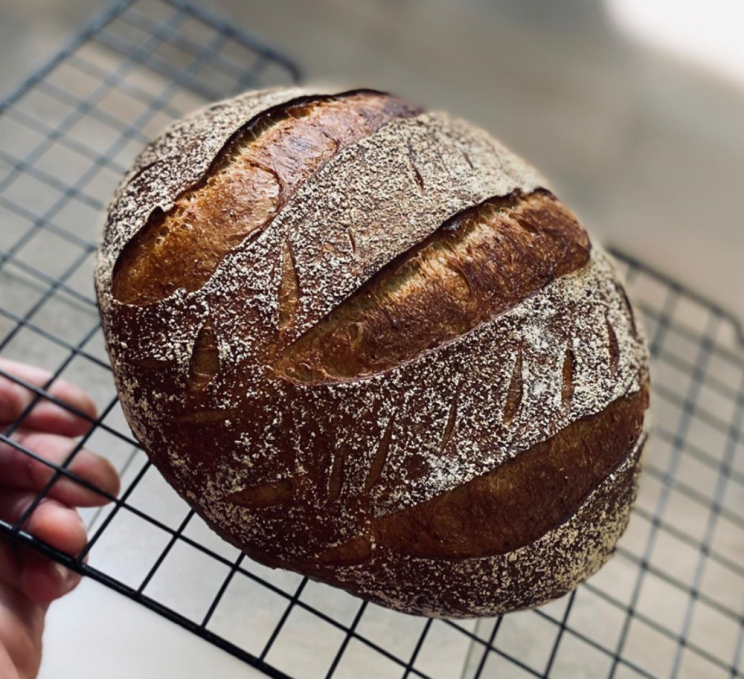 “I want to deliver good, tasty and healthy food, complemented by people who come together, have fun, share conversations and generally feel good, while eating really delicious meals.

“Right now that social element is not possible, but we can still provide a fantastic taste experience for people.”

The No.3 team also includes Tom Rains, a very experienced chef with a CV that includes The Berkeley, Claridge’s, L’Escargot and Mosimanns. He recently ran The Daffodil in Cheltenham.

They are joined by Elliott Camm, who has worked as a restaurant manager at both The Daffodil and Ellenborough Park.

Phil said, “Tom and Elliott are exceptional hospitality professionals who bring a wealth of expertise with them.

“While Tom and I will lead the products and their cooking, Elliott’s skills complement the offering, helping us refine the experience at # 3. 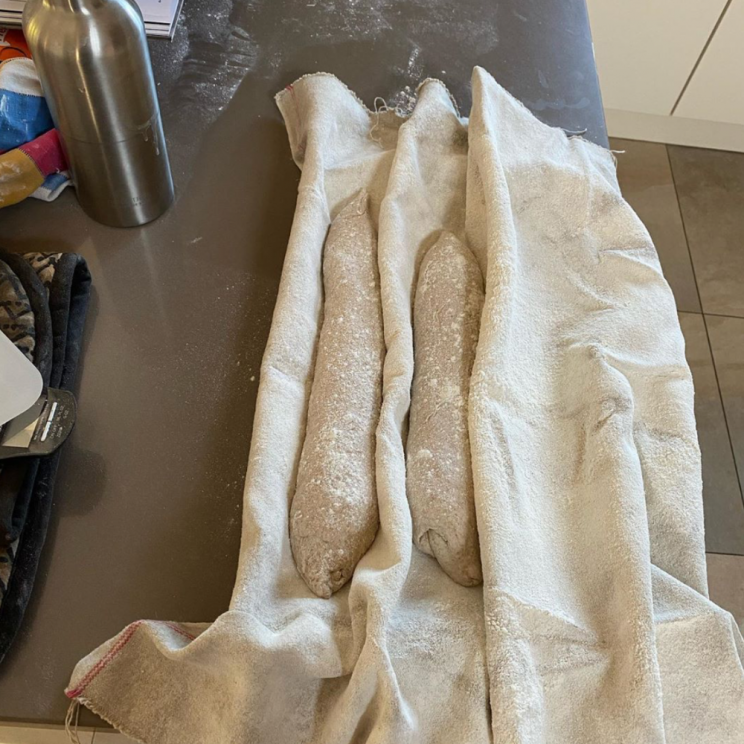 “This is something that will play an even bigger role once we can eventually open a physical restaurant and invite guests inside.”

His role as a non-executive director at Creed Foodservice, one of the UK’s leading independent and family-owned foodservice wholesalers, has helped him establish number 3.

He said: “Despite the current pandemic, ultimately it hasn’t changed anything. I will always do what I wanted.

“The food that I love and support and champion will be eaten at home rather than in a restaurant.

“We provide standard restaurant fare for the folks at home. It’s early for # 3, but flavor and taste will sell our offering – and we look forward to what the weeks and months ahead have in store for us. as people come to appreciate it. “

Collections can be made from noon to 3 p.m. on Wednesday, Thursday, Friday and Saturday at the Brickhampton Court Golf Complex in Churchdown.

To learn more about No.3 and view the menu, visit no3restaurants.com 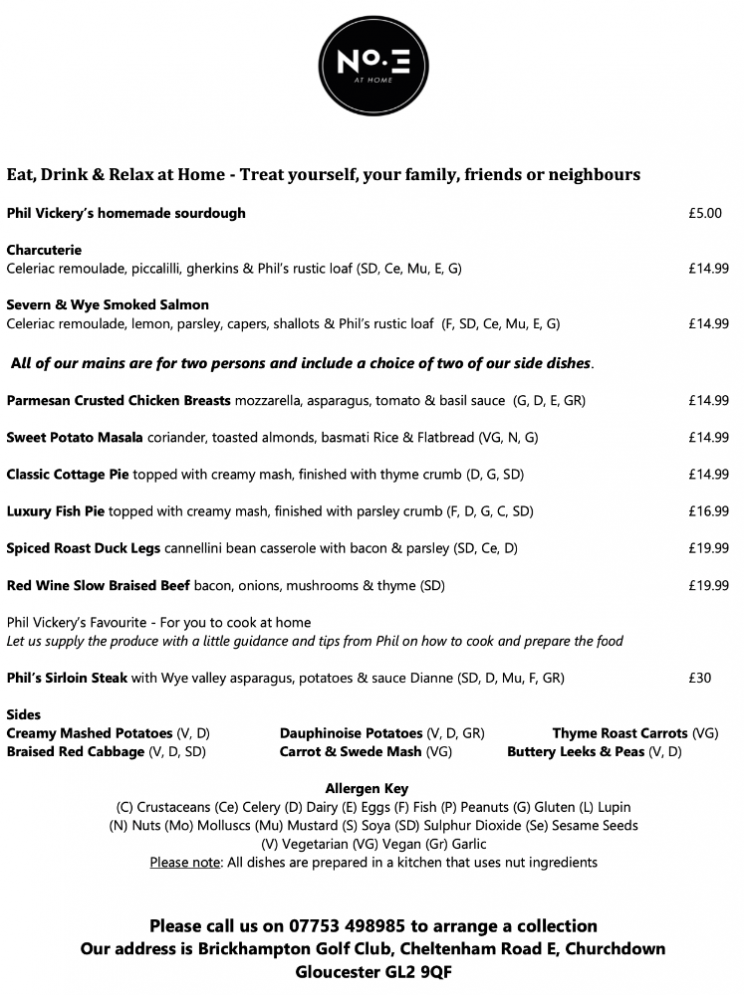 In January, the idea of ​​driving through a restaurant and picking up not only burgers and fries but also a gallon of milk and a bunch of bananas would have seemed ludicrous.

However, in the wake of the COVID-19 pandemic, it may well be in our future.

“If groceries become something that resonates with our consumers, then we’ll continue to do so,” said Tony Darden, president of Mooyah Burgers Fries and Shakes, 83 Units, based in Plano, TX.

Mooyah franchisees found that their customers struggled to source basic items like bread, potatoes and ground beef from supermarkets, which suddenly saw an increase in demand they had to. hard to satisfy. So, like many restaurants, they started selling the ingredients that were delivered by their suppliers, as well as the chain’s homemade bread rolls, as groceries to their guests. Darden said it generates enough sales to make franchisees’ efforts worth it, and it also fills a need in their communities.

Related: With oversupply during coronavirus shutdowns, restaurants are selling their inventory as groceries

Grocery sales have been one of the top three food innovations restaurants have turned to in the face of sudden drop in traffic and the closure of their dining rooms. The other two were family meals – packages of a starter large enough and enough side dishes for four to six people ready to go and reheat – and meal kits, which required assembly, reheating, or light cooking. after the guests brought them home.

Operators say these three new offerings will likely remain in restaurants in the post-pandemic world, and that other innovations are also underway. 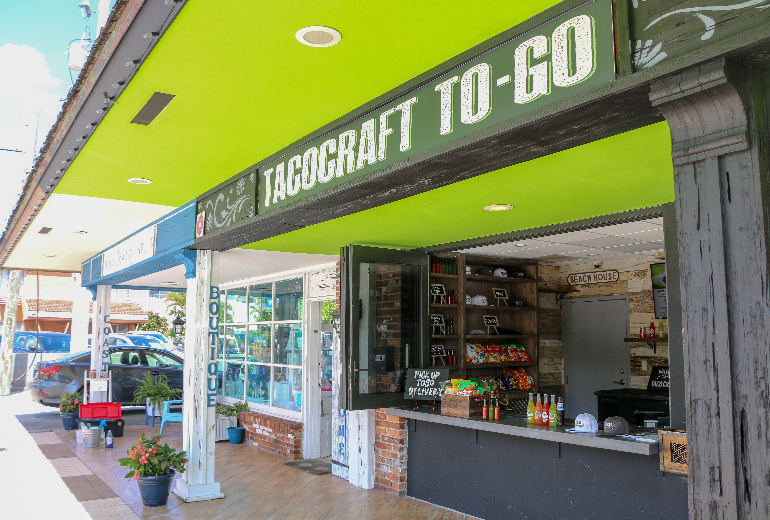 Handcrafted Hospitality, which operates six concepts in Miami and Fort Lauderdale, Florida, has set up a sort of bodega next to a beachfront location of its Tacocraft concept, offering a take-out menu as well as groceries. , cocktails and beer.

Marc Falsetto, founder and CEO of Handcrafted Hospitality, which operates six concepts in Miami and Fort Lauderdale, Florida, has set up a sort of bodega next to a beachfront location of his Tacocraft concept, through which he offers a take-out and take-out menu as well as groceries such as tomatoes, avocados and hot sauce, as well as full-size cocktails and bottles of alcohol and beer. His Henry’s Sandwich Station has started offering his meat and cheese by the pound, as well as tomatoes, avocados and onions, and he sees no reason why he would stop offering these items.

“We have had huge success with this,” he said.

The meal kits were everything from the At Home Taco Bar that Taco Bell introduced in early May – including enough flour tortillas, taco shells, fries, seasoned beef, shredded lettuce, nacho cheese sauce and hot sauce pouches for six, all wrapped and sealed for use at home – to the more labor-intensive spring meal kits from California Pizza Kitchen, which feature a choice of beef , chicken or raw salmon to cook at home and to serve with a spinach and artichoke dip, sourdough bread, a Caesar salad, raw fingerling potatoes and oil to cook them and, for dessert, au butter and ice cream.

Kids’ pizza kits have also quickly become a favorite subset of the meal kit genre, and it’s now an option at Mici Handcrafted Italian, a Denver-based, quick and casual six-unit pizza chain, to which the CEO Elliot Schiffer wouldn’t have thought. get rid of dining rooms once reopened: They sold over 2,000, at $ 5.99 apiece plus $ 1 per garnish, in the first three weeks they were available.

“What we realize is that we probably should have had this from the start,” he said. 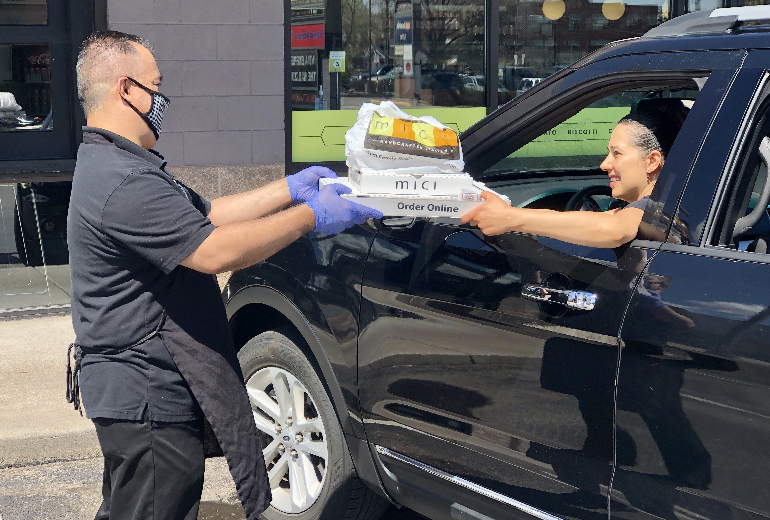 Mici Handcrafted Italian sold over 2,000 of their kids’ do-it-yourself pizza kits for $ 5.99 in the first three weeks they were available.

In terms of family meals, Chicago-based multi-concept operator Lettuce Entertain You Enterprises has introduced a new service called Lettuce Take Care of You, where customers can order three meals – each for a family of four – for the week and choose them. at the edge of the street.

Executive partner Jerrod Melman said customers order them online and then call the restaurant as they drive to the curb and describe the make of their car so they can be easily found.

“We can prepare almost 200 meals in 20 minutes. It’s pretty incredible, ”he said. They are all wrapped and wrapped and contain reheating instructions.

Then there are the more out-of-the-box innovations that probably would never have happened without a government-mandated lockdown, like the virtual cocktail classes hosted live on Instagram by Alex Fletcher, the director of beverages at Jaxon. Beer Garden, which had the unfortunate opening time in early March.

Owner Kevin Lillis sees them as a way to retain guests, which is a great idea whether your dining room is open or not. The same goes for the virtual cooking classes, which he plans to introduce.

Everyone would get the same meal kit, “then the chef comes in and we all cook it together,” he said. “It’s absolutely something we’re going to do.” 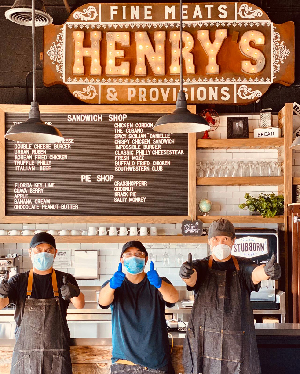 Photo: Henry’s Sandwich Station has started offering meat and cheese by the pound, along with tomatoes, avocados and onions.

Lillis also has a catering hall in the works next to Jaxon, which has obviously been delayed to open, but next to the catering hall they plan to have guest chefs in residence, and Lillis now plans to introduce virtual cooking classes to build excitement before their residencies – something that would not have occurred to her without the innovation the pandemic has made necessary.

“Social distancing has been the opposite of what I have focused on throughout my career and what our business is focused on, which is to bring people together,” he said. declared. “[But] it helped everyone become more creative about what it’s like to spend time together.

The menu structures are subject to change a bit in the future. Delivery menus will likely include family meals which may or may not be a dining option, but will include less fried foods, which, with the exception of fried chicken, tend not to travel well. Adam Hegsted, chef-owner of the Eat Good Group, which has 11 restaurants in eastern Washington and northern Idaho, said dishes like risotto and paella are also bad ideas for delivery, and beautiful dishes on the plate like the pan-fried pork belly are reworked in sliders to take away.

You can also expect less beef on the menu for a while as processing plant closures linked to the pandemic disrupted supply.

Similar disturbances in pork and chicken are likely to be short lived as chickens can be produced in as little as five weeks and pigs from insemination to harvest take just under nine months; According to the National Pork Board, current bacon shortages are related to supply chain bottlenecks, not actual shortages.

But it takes about three years to produce beef, and the fact that processing plants are not currently buying cattle has meant that fewer of them are placed in feedlots, which could result in a medium-term price increase.

For our most up-to-date coverage, visit the coronavirus home page.